Are Ownership Types Reaching the World Yet?

In 2011, Wrigstad and Clarke asked whether ownership types are ready for the world. A key open question about ownership types remains whether they are usable in practice. Recent years have seen a number of new programming languages; Rust is most notable for including an ownership system as a key feature, but other new and revised languages (even C++!) have related features which may provide some of the same benefits. In this talk, I’ll investigate support for ownership and related features in these languages and programmers’ acceptance of these features. 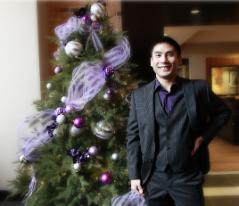