Beneath the Bytecode: Observing the JVM at Work Using Bytecode Instrumentation

Many dynamic program analysis (DPA) tools for profiling, debugging, and monitoring programs executing on managed platforms such as the Java Virtual Machine (JVM) rely on bytecode instrumentation (sometimes combined with agents utilizing the JVM Tool Interface and native code libraries) to observe the base program behavior. While this is both the recommended and preferred technique for implementing DPA tools, it has certain noticeable drawbacks.

One, the analysis runs in the same process as the base program, and often shares the Java Class Library (JCL) and other resources with the base program. This creates potential for interference that may result in deadlocks, or state corruption in code that does not expect reentrancy. Two, certain parts of the JCL are typically off-limits for instrumentation, because they either play a vital role during the JVM bootstrap, or the JVM implementation makes certain assumptions about properties of specific classes, or both. These two issues are typically solved by reducing the scope of the instrumentation, leading to under-approximation of the program’s behavior.

In this talk, we will discuss some of the challenges in making the JVM more observable for instrumentation-based DPA tools, with specific focus on getting accurate profiling information in presence of an optimizing dynamic compiler.

Lubomír is an assistant professor at the Department of Distributed and Dependable Systems, Charles University, Prague, Czech Republic. His primary research interests include performance-related topics focusing on performance evaluation, testing, and monitoring. In addition to performance, his research interests include also dynamic program analysis, with specific focus on making the programs running on the Java (and Dalvik) Virtual Machines more observable. He holds an MSc. from the Czech Technical University in Prague, and a PhD from the Charles University in Prague. He is a member of the ACM. 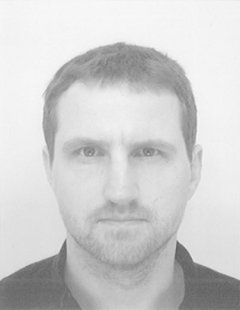