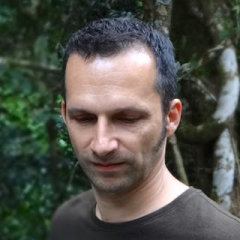 Manuel M T Chakravarty is an Associate Professor at the University of New South Wales. His core research interests are functional programming, novel compiler technology, and high-performance computing. He graduated from the University of Karlsruhe and received a doctoral degree from the Berlin Institute of Technology. His major contributions include work on Haskell’s foreign function interface, the C->Haskell binding generator, the theory and implementation of type families in the Glasgow Haskell Compiler, and the development of multiple systems for data parallel programming of multicore CPUs and GPUs, including Accelerate, Data Parallel Haskell, and Repa. He is the principal author of the interactive development environment Haskell for Mac and he is excited by the opportunities presented by the Swift programming language. Most importantly, he believes in the fruitful combination of theory and practice.